Packers at Bears: Preview and Prediction

It is finally that time again. Football season is upon us, and the Packers and Bears kick things off Thursday night at Soldier Field for the first game of the NFL’s 100th season. Last year’s week one game saw the Packers come back from a 20-0 3rd quarter deficit to beat the Bears 24-23, with Rodgers coming back from injury in the second half to deliver another Packers-Bears classic. Tonight’s game starts at 7:20 PM CT on NBC.

Green Bay leads the all-time series with the Bears by a narrow margin (97-95-6), and the Packers have won 17 of their past 21 meetings with Chicago.

The Bears are trying to repeat as NFC North champions for the first time since 2006 after going 12-4 last season. Their defense remains one of the best in the NFL, and they are continuing to add weapons on offense after drafting RB David Montgomery and WR Riley Ridley this April to go along with their talented offensive core of Mitch Trubisky, Tarik Cohen, Allen Robinson, Taylor Gabriel, and Anthony Miller. They will be looking for Mitch Trubisky to take that next step if their offense is really going to be a major threat this season.

The Packers, on the other hand, had a very disappointing year in 2018-19, going 6-9-1 and missing the playoffs. After parting ways with OLB Clay Matthews, WR Randall Cobb, and S Ha Ha Clinton-Dix, among others, the Packers added linebackers Preston Smith and Z’Darius Smith, S Adrian Amos, and drafted OLB Rashan Gary and S Darnell Savage with their first-round picks to help reload their defense. With a new coach, new offense, a defense with plenty of potential, and a healthy Aaron Rodgers, the Packers are hoping they can bounce back and return to their winning ways this season.

Rodgers, as many know, has also been ridiculously great against Chicago for his career, winning 16 of 21 games and throwing for 45 TD, 10 INT, and a 105.9 passer rating.

Tight end Trey Burton is a game-time decision for the Bears tonight after suffering a groin injury last week. Meanwhile, the Packers are without LB Oren Burks, who will miss the first 4 weeks with a torn pectoral muscle. Ty Summers will likely start in his place. Green Bay will also be without WR Equanimeous St. Brown, who was put on season-ending IR with an ankle injury.

There is a good possibility that the game will be relatively low scoring, as the Bears defense is capable of keeping Rodgers and the Packers offense in check, and the same can be said about Green Bay’s defense with Chicago’s offense. It would not be surprising to see this game come down to the turnover battle. The Bears forced 36 turnovers last season, most in the NFL, while the Packers finished 30th in forced turnovers with only 15. However, the Packers had the 2nd fewest giveaways last season with 15, and the Bears had the 8th most with 24. If either team can get easy points off turnovers, that could be a game-changer for two offenses that might struggle a little moving the ball.

This game definitely looks like it could end up being another Packers-Bears classic, and in all likelihood, it will come down to the last couple of possessions. Rodgers works his magic late and the Packers escape Chicago with an exciting week one victory. 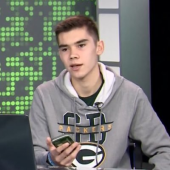