Welcome to “Start ‘Em/Sit ‘Em” for Week 10! 4 teams are on bye this week after last week’s 6 teams (Baltimore Ravens, Denver Broncos, Houston Texans, and Minnesota Vikings) so with that come many lineups spots open. We’ll help you fill those lineups here!

As evidenced last Thursday, the Oakland Raiders have pretty much checked out for 2018. They let Nick Mullens, an undrafted FA from Southern Miss., toss 3 passing touchdowns on their defense. Even on the road in Oakland, Philip Rivers should have no problem producing. Against a team with no pass rush to speak of (32nd in the NFL in sacks), Rivers should have plenty of time to slice and dice this defense. Start with confidence.

The #FREEAARONJONES movement has been in full swing since Week 3 when Aaron Jones returned from suspension, and last week’s usage start what we hope to be a continuing trend of his full-time usage as the main ball carrier for the Packers. In a game that SHOULD net a positive game script, Aaron Jones should salt away this game and give a boost to your fantasy team. He’s had 14 touches in the last 2 games and that number could rise considerably. Jones is a high end RB2 for me based on the opportunity that presents itself. We’ll see if Mike McCarthy lets that happen.

Who’s ready for a revenge game? The former Patriot Dion Lewis has wrestled any doubts about who is getting the most touches among the backs in this Titans offense. He’s been supremely productive, with 155 yards from scrimmage on 19 touches in Week 7, and then another 23 last week for 122 scrimmage yards and a receiving touchdown. He should have a quality day against a New England defense that has struggled against receiving backs the last 4 games. He’s a high end RB2 in this matchup.

With Davante Adams ready to receive shadow coverage from top flight CB Xavien Howard, Marquez Valdes-Scantling should see plenty of single coverage. With either 100 yards or a touchdown in his last 4 contests, MVS is arriving before our very eyes and could potentially be a top 25 option at WR for the rest of the season. For this week, He’s a low end WR2 or high end WR3/flex.

WR Tyler Boyd, CIN vs. NO

Tyler Boyd should be just fine as the focal point of the Bengals passing offense going forward while A.J. Green is sidelined. As a slot receiver, he should torch P.J. Williams, who has been a liability defending the slot receivers since Patrick Robinson was lost for the season. His target share may not rise too much, if at all, but the amount of high-leverage targets should rise and Dalton should look to him as the primary target. Boyd is a safe high end WR2 this week.

Jack Doyle came back last week after a 5 week absence to post 6-70-1 right out of the gate. Andrew Luck has always preferred to target the tight end and in high-leverage situations like in the red zone and 3rd downs, should continue to lean on the steady Doyle. Jacksonville is vulnerable in the middle of the field, so while Jalen Ramsey clamps down on T.Y. Hilton, the middle should be attacked by Doyle. He’s a TE1 going forward and should be started in Week 10.

QB Andy Dalton, CIN vs. NO

Missing top option A.J. Green to a foot injury, as well as continuing to miss RB Gio Bernard and TE Tyler Kroft, it’s hard to trust Andy Dalton to produce with the weapons he has left. He still does have ascendant receiver Tyler Boyd as well as Joe Mixon in the ground game, but having to go score for score with the New Orleans Saints with those weapons doesn’t bode well for Dalton. I’m fading Dalton for this matchup, even at home.

A likely a flex option than the RB2 that he’s been for the last month or so, Kerryon Johnson is the main beneficiary of the Lions’ renewed interest in becoming a more balanced offense. Unfortunately this week, he’s facing a red hot Chicago Bears defense at Soldier Field. They have not allowed a single running back rushing touchdown on the season and should continue to clamp down on the suddenly hapless Lions. The offensive line let the Minnesota Vikings sack Matthew Stafford 10 times, could we see something similar this Sunday?

Predictably, Mark Ingram has been significantly out-touched by Alvin Kamara, especially last week, as the touches were split 23 to 10 in favor of the versatile Kamara. The touchdowns however, have been completely one sided, with Kamara racking up 6 touchdowns to Ingram’s 0 since the bye week. Ingram is hard to trust at this point, and his share of the offense is dwindling. Even though New Orleans has a favorable matchup, you can’t trust him at this point as anything other than a desperation flex option.

Likely to see Jalen Ramsey across from him for most of Sunday, T.Y. Hilton should get a bunch of targets from Andrew Luck, but I’m not going out of my way to start him in leagues unless I have no other options. Before last week’s bye, he had 1 catch for 34 yards on 5 targets against the hapless Oakland Raiders. Before that, he caught 4 targets for 25 yards and 2 touchdowns. Outside of the touchdowns, this is a worrying trend that I don’t see stopping, at least for this week. He’s a mid tier WR3 for me this week.

Tre’Quan Smith scored last week, but hasn’t seen too many targets and that is hard to rely on in fantasy. He’d be considered an extremely volatile flex option for this week, and keep in mind, this team also added Dez Bryant (for some reason) this week, so there’s a possibility of another option in the red zone. Let’s face it, you’re hoping Smith gets a touchdown if you’re starting him.

A fixture on injury reports all season, Rob Gronkowski has missed 2 of the last 3 games with his back issues. With the Titans allowing the fewest FPTS to opposing tight ends this season, and his spotty track record this season, Gronk is not the Gronk of old. He’s a shell of his former self and is very difficult to trust to even play, much less start against a tough opponent like Tennessee. If you have him and he ends up playing, he’s likely in your lineup, but temper your expectations.

Stay tuned on Sunday morning starting at 11AM/10AM CST as I’ll be answering your lineup questions, trade advice, and roster decisions on Twitter, @ktompkinsii right up until kickoff! Good luck this week and as always, stay up to date with my latest PPR rankings through the week! 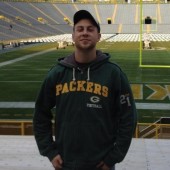