Green Bay vs Tampa: Two Legendary QBs With Something to Prove

Truly, what a shame it is that the NFL’s annual alternating schedule of Conference Championship games meant that the Packers and Buccaneers were slotted for 3pm EST, leaving the Bills and Chiefs with the primetime slot, under the lights. Sure, Patrick Mahomes is the reigning league MVP and Super Bowl champ, and he’s almost certainly going to play. And yes, Josh Allen is a future star. But neither player is a top 5 or even top 10 all-time quarterback (at least not yet). Brady and Rodgers certainly are, and in some people’s minds they’re 1-2. Wherever they’re ranked, this Sunday afternoon will feature two legends in their biggest and most high stakes face off to date.

They’ve only met three times, with Brady leading the head-to-head matchups, 2-1 (don’t think for a second Rodgers isn’t very aware of that record). The first meeting came in 2014, when the 8-3 Packers bested the 9-2 Patriots at Lambeau. Rodgers finished that game with a monster 368 passing yards and two TDs. However, Brady took the next two matchups, 31-17 at Gillette in 2018, and again this year, week 6, at Tampa Bay. So, while Brady does have the edge in wins, Rodgers remains unbeaten at Lambeau.

In this Sunday’s quadrilogy, both quarterbacks have something to prove – and the motivations are eerily similar.

For Brady, it’s to prove that he wasn’t done. Used to being passed over (Brady was famously selected in the 6th round of the 2000 NFL Draft), it’s very likely that Brady grew a Martha’s Vineyard-sized chip on his shoulder back in 2014. That year, the Patriots spent a precious 2nd round draft pick on Jimmy Garoppolo, the star quarterback from Eastern Illinois who broke all of Tony Romo’s school records. Brady responded to the Garoppolo pick by leading the Patriots to a 12–4 record, their sixth straight AFC East title, and a comeback win over the Seattle Seahawks for his fourth Super Bowl ring. Following a narrow AFC Championship defeat in 2015, Brady won New England another ring in 2016, taking home his record 4th Super Bowl MVP award in the process. At that point Brady had forced the Patriots hand and in 2017 the team traded Garoppolo to the San Francisco 49ers. Brady would win the Patriots still another Super Bowl in 2018, before finally parting ways with the team after the 2019 season.

After 6 Super Bowl wins, and 20 bruising seasons in the NFL, why would the 43-year old Brady want to keep going? What’s left to prove? Here, the answer may be his independence. For all of Brady’s Super Bowl victories, the question remained: was it Brady or was it Belichick? Certainly, the correct and obvious answer is “both” but for Brady and Belichick there might be a desire to tilt that debate. With Belichick’s 2020 Patriots missing the NFL postseason for the first time since 2008, Brady’s in the perfect position to make his point.

But so is his Sunday counterpart. Like Brady, Aaron Rodgers also knows how it feels to be passed over. Once the starting quarterback for the little-known Butte College Roadrunners, Rodgers would eventually blossom into a top college prospect at Cal. But after being rumored to be the top selection in the 2005 NFL Draft, Rodgers was repeatedly passed over, before finally being selected by Green Bay with pick #24. Rodgers’ reward in Green Bay was a clipboard and a surly mentor. After waiting patiently for his opportunity, Rodgers was named Green Bay’s starter in 2008, immediately drawing the ire of many fans who didn’t want him there. If you think Rodgers doesn’t remember those insults, you’re crazy.

There doesn’t seem to be any residual ill will between Favre and Rodgers. The two have publicly mended fences in recent years. Still, I wouldn’t be surprised if Rodgers wasn’t privately motivated to win that second Super Bowl – something Favre was unable to accomplish. Doing so would certainly deliver a final validation of the Packers’ decision to move forward with Rodgers.

And while Rodgers may be driven by his old mentor, he likely draws additional motivation from his understudy. This year the Packers shocked the football world, trading up in the 1st round of the 2020 NFL Draft for Jordan Love, a prized-by-many quarterback from Utah State. The move was a clear sign to Rodgers that his time was probably running out in Green Bay – the only franchise he’s ever played for and the place where he wanted to finish his career.

For the Packers, the move was understandable. Rodgers had been hurt the previous two seasons, and it looked as though his superhero abilities were starting to fade. Of course, Rodgers responded to the doubters with perhaps the best season of his career, and now has the Packers one win away from another Super Bowl. Winning a championship probably forces the Packers to re-calculate on Love somewhat, and possibly the same way the Patriots did with Jimmy G.

Mentors and understudies aside, the one area where Brady and Rodgers are dissimilar is wins and losses. Brady has won a record nine AFC Championship titles, a freakish achievement. Meanwhile, Rodgers has played in four NFC Championship games, winning only one of them. And in those contests, Rodgers hasn’t been very good, throwing more interceptions (7) than touchdowns (6), an astounding statistic when you consider Rodgers has thrown 412 career touchdown passes against just 89 interceptions (a 4.6-to-1 ratio). This Sunday, versus maybe the greatest to ever do it, Rodgers gets a chance to edit this portion of his legacy.

Whatever happens on Sunday, Rodgers will have a few more chances at Super Bowl glory. For Brady, the window is nearly shut. Maybe Brady has one more season after this one, and with some Frank Gore protein shakes, maybe, somehow, he has two. Or maybe he feels like this is it. Whatever the case, there’s a whole lot of legacy on the line this Sunday afternoon – and it’s going to be great fun to watch.

[Edit: this article has been updated to correct an error about the scheduling of the AFC and NFC Championship games] 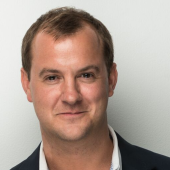