A Look at the Newest Green Bay Packers

It was a quiet first day of free agency for the Packers on Monday, March 11th. Cheeseheads were waiting to see what moves general manager, Brian Gutekunst, was plotting to make. As day two came around, Gutekunst had immersed himself into the madness. The fans awoke to see that the Packers were active. This was something they weren’t quite used to seeing during free agency in prior years. The news broke Tuesday morning that Za’Darius Smith and Adrian Amos were being pursued by the Packers, followed by Preston Smith and Billy Turner later on in the day. All four players were signed on March 14th. Now that the dust has settled, let’s meet the newest additions:

Za’Darius Smith is a 6’4″, 275 lbs linebacker from Baltimore. He was drafted in the 4th round of the 2015 draft out of Kentucky, 122nd overall. The Packers were looking to add a player who could cause problems for quarterbacks. After having an 8.5 sack season, Smith could play a major role in helping to fill that necessity.

Along with his 8.5 sacks, Smith had 25 quarterback hits last season, which is a little over triple the numbers he put up in his rookie season. Numbers don’t always tell the whole story about a player. Smith has a relentless mentality when it comes to getting through to the ball. A young player who is explosive off the edge is a huge puzzle piece in making the Packers a more complete team on both sides of the ball.

Crossing enemy lines to join the Packers is free safety, Adrian Amos. The former Chicago Bear is coming off of his fourth season in the NFL. He played in all sixteen regular season games of the 2018 season, as well as the Bears playoff appearance versus the Eagles. Injuries are always a concern for the Packers defensive backfield, so adding someone to the group who hasn’t been injury prone throughout his first few seasons is a step in the right direction. This doesn’t mean that Amos plays a timid game. With a nickname like “SMASH” it’s no wonder he caught the eye of Gutekunst.

Although he only has three interceptions in four seasons, along with a 90 yard pick-6 in 2017, Amos brings a physical presence down field. Amos is going to make things difficult for receivers down field, as he has a hard-hitting style of play. His lack of interceptions could be due to the fact that he focuses more on the body, and less on the ball when making a play. This could be a positive, as it could prevent him from being burned trying to make a big play. Notable awards for Amos include the 2015 All-Rookie team and the 2017 All-Pro first team.

Embed from Getty Images
What’s better than signing one edge rusher during free agency? Signing two. Preston Smith was the 38th overall pick in the 2015 draft. He has played in all 64 games of his career, and earned a starting position in the 2016 season. The 6’6″ 265 lbs linebacker from Washington has had a fairly consistent career statistically. With 4 interceptions, 13 pass deflections, 4 forced fumbles, 3 fumble recoveries (one of which he brought to the endzone), and 59 quarterback hits in his career, Smith has been disrupting the offense throughout his four seasons in the league. He only has one game of playoff experience. When the Redskins made it to the postseason in 2015, he recorded a sack that resulted in a safety. This sack was against none other than his new quarterback, Aaron Rodgers.
Last but not least…

Embed from Getty Images
With some defensive holes filled, Gutekunst flipped things over to the offense. The offensive line has been struggling, primarily on the right side of Corey Linsley. Que Billy Turner. Turner has been mobile throughout his career. He has gone from Miami, to Baltimore, to Denver, but this fall the Minnesota native will be wearing the big “G” on his helmet as he steps up to protect Aaron Rodgers. Turner has proven himself versatile over the course of his career. he has played left guard, left tackle, right guard, and right tackle through 40 games. He played primarily to the right of the ball in his last season at Denver. In the 2018 season, Turner played in all 16 games, and started in 11 of them.
Which of the Packers new signings has you the most excited? Which one are you the most nervous about? 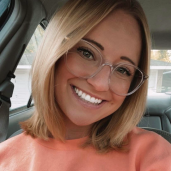